The calluna vulgaris, more commonly known as common heather is the only species of the genus Calluna in the flowering plant family Ericaceae. Common heather is a low browing perennial shrub which typically grows between 20 and 50 centimeters but has been known to grow over one metre in height in ideal conditions. It is most commonly found in Europe and Asia Minor on predominantly acidic soils which lie in the open sun although heather can also grow in moderate shade, making it a great garden plant. The calluna plant has small leaves that are less than 2 to 3 mm long and make a great contract to other flowers with larger leaves. The flowers tend to emerge towards the end of summer and have a pleasant mauve colour to them, this is another reason that gardeners enjoy planting heather as the colour nicely offsets other flowers.

Heather has not always had it’s place as a popular flower however and until the 19th century heather was actually disliked by gardeners as it was associated with rural poverty where heather was most commonly found. It’s popularity eve 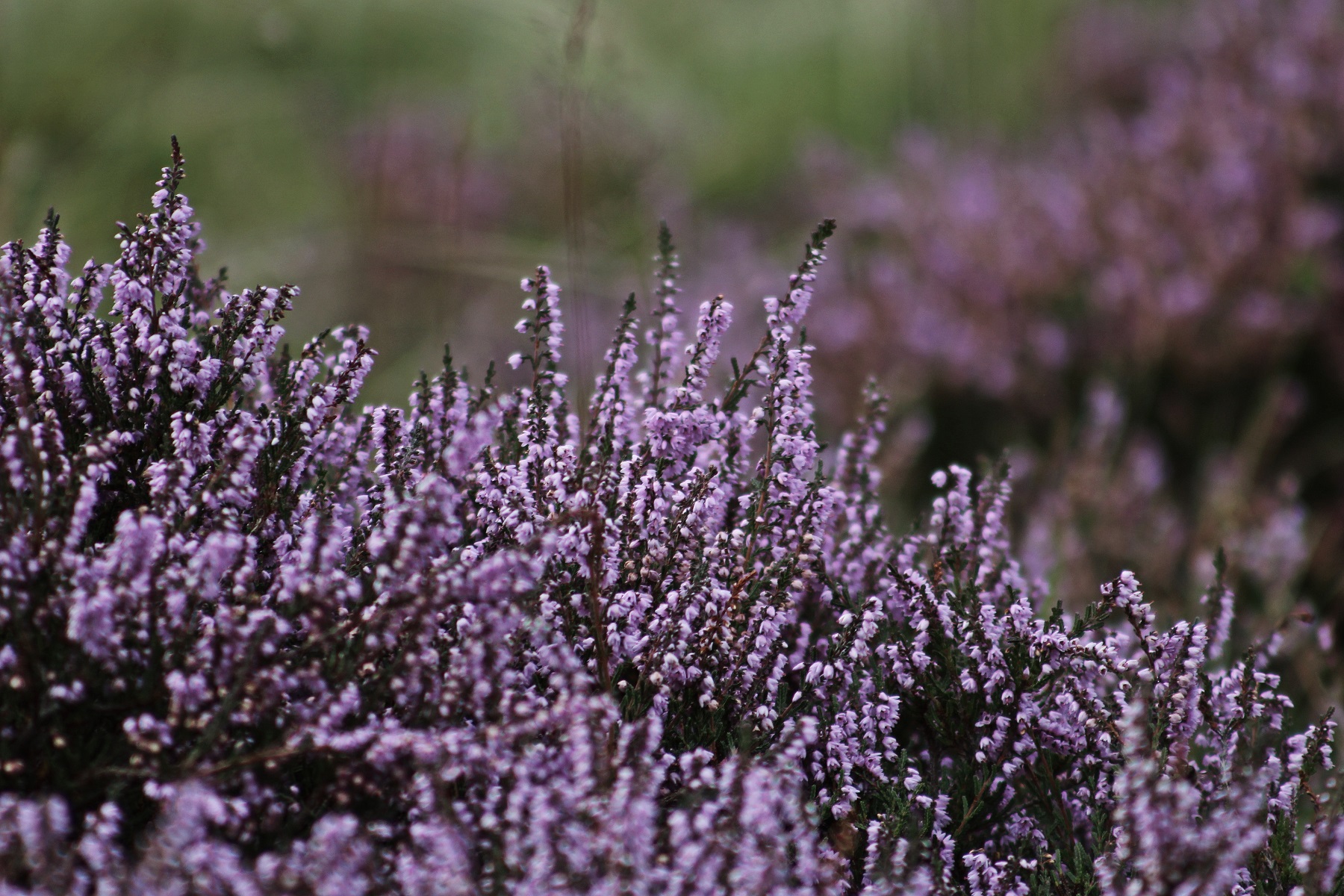 ntually began to grow alongside the general popularity for large varieties of alpine plants that landscapers were beginning to choose in order to differentiate their designs from the typical designs of previous centuries.

Whilst heather is great for its aesthetic properties it is also used as a source of food for multiple animals such as sheep and deer which can graze on the tips of the plants during winter when snow typically covers other types of lower growing vegetation. Certain species of grouse, such as the willoe grouse and the red grouse feed on the younger shoots and seeds that heather plants produce and the plant also feeds the heather beetle.

Heather has also historically been used as a dye and was used to dye wool a shade of yellow and has been used to tan leather as well as being used as an ingredient in the production of beer before eventually being replaced by hops. In Scotland the heather plant is today regarded as being a plant that can bring good fortune and there are many Scots who always carry around with them a sprig of heather to help them with good luck throughout their day.